Check most complete and latest fee structure of TONGJI. View the splendid campus of TONGJI in 360 degree. Tongji University is one of the leading universities directly under the authority of Ministry of Education in China. As a state key university, it has been included in the State-founded Project 211 and the 21st Century Education Rejuvenation Action Plan of China.

After the establishment of the People's Republic of China in 1949, Tongji University became an engineering university following a nationwide restructuring of institutions of higher learning in 1952. It was the largest university of civil engineering and offered the most specialized engineering programs in China. The university has developed rapidly into a multidisciplinary university featuring sciences, engineering, economics, management, liberal arts and law, wi... Learn More >>

The university has five campuses covering a total area of 247 hectares. The Reason Why Choose TONGJIMORE

China has always been in headlines in the news especially when it comes to business and its economy. A graduate-school education in China will no doubt benefit me greatly for my future career. It will give me the opportunity to interact with and learn from the best professors where I know I can gain a lot of insights as well as knowledge about trade which I can tailor and apply in my country.
It has always been a dream for me to study in a prestigious school that is why I chose Tong Ji University. I chose Tong Ji University because it is considered to be one of the most prestigious schools in China with a stimulating atmosphere and very knowledgeable professors. I chose to study in China because not only do I learn trade and the foreign market but also, I get to learn the culture especially the Chinese language.
In addition, I would like to have a deeper understanding of the Chinese culture, values and live the norms of the Chinese people as well as appreciate and indulge on the great cuisines of China.
In conclusion, I am looking forward to your favorable consideration and will gladly provide additional information you may need. If I receive this award, I can focus solely on my studies.

It is a high-profile university that meets my standards. 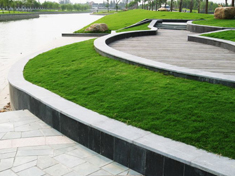 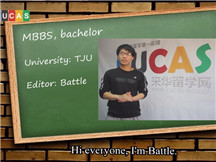 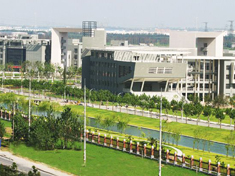