Check most complete and latest fee structure of SMU. View the splendid campus of SMU in 360 degree. Shanghai Maritime University (SMU) is a multi-disciplinary university that encompasses such areas as engineering, management, economics, law, liberal arts, and science, with special emphasis on shipping technology, economics and management. SMU has a campus of 2,000 mu (or 133 hm2).

China's maritime higher education started in Shanghai. Early in 1909 in the late Qing Dynasty, the Shipping Section of the Shanghai Industrial College under the Ministry of Post and Communications was launched, signaling the inception of tertiary maritime education. In 1912 Wosong Merchant Marine School was established; it was renamed Wosong Merchant Marine College in 1928. Then in 1959 the Ministry of Transpo... Learn More >> Shanghai Maritime University is consisted of four campuses, which are the Old Campus, the East Campus, the New Campus and Haihua Campus. Over the past decades the university has produced specialists of various types at various levels for the country's shipping industry. The Reason Why Choose SMUMORE

i understand that this university is amongst the best in China and offers a very good Chinese Language program as well as a degree program. from what i have seen and heard on the website, this school can help me better myself and i can grow not only during my study but after my study as well.

China as leading Economy in the world with many Chinese crew and ships trade in PNG. And PNG also part and signatory to BRI project is bonus.
Also, during ship inspections, we go language barrier so if i accepted it will be great to constrains of language etc. 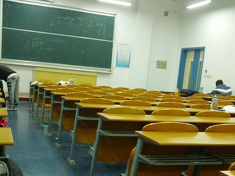 The Song of SMU 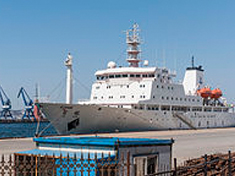